Our way of eating pollutes the climate. But how big is the carbon footprint and is it true that our cattle are actually in the fields of soybean farmers in Brazil?

For the film Eat Differently - The experiment, a field is planted with exactly those foods that land on our plates per person - and which are used by the industry to produce food for animals. The result is a field of 4,400 m2, two thirds of which are located abroad. All in all, we consume twice as much as we actually deserve.

Can this be changed?

Three families venture into a self-experiment. They start shopping regionally and rediscover cooking. The result is surprising. Eating differently is actually changing our land use and carbon footprint. 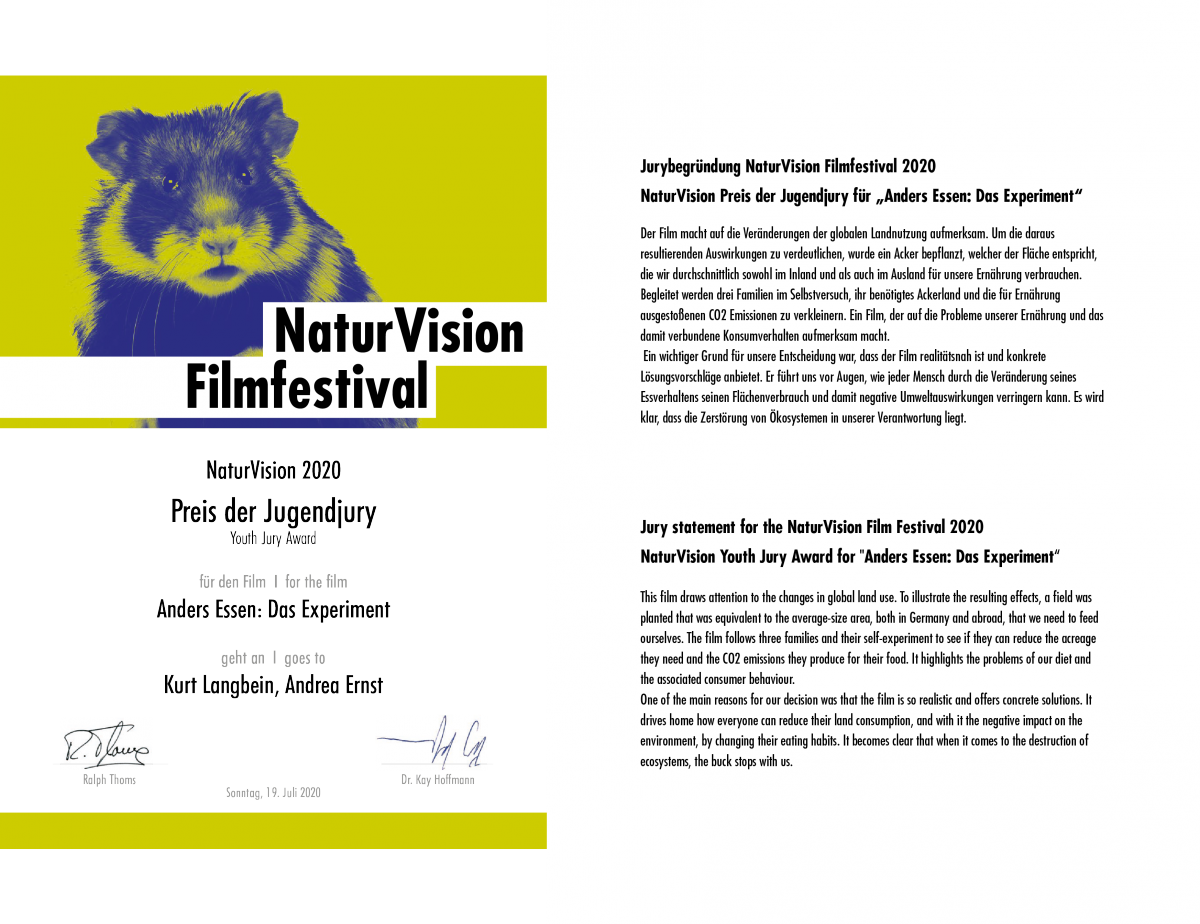 
TV Documentary | Austria | 2019
84 minutes | HD
A coproduction by Langbein & Partner and ORF III with the Federal Ministry of Education, Science and Research, in collaboration with ARTE
Supported by the Austrian Film Fund, Vienna Film Fund, Carinthia and Carinthia Film Commission